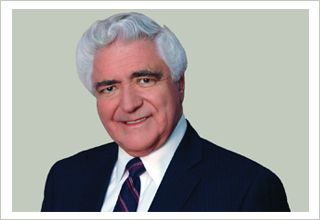 Norman is one of the founding partners of Paquette & Paquette. He leads and is the most seasoned member of the law firm. Norman was called to the Ontario Bar in 1964.

Born in Sudbury, Ontario, he is a long-term resident of Valley East. Norman attended a Jesuit College where he obtained a Bachelor of Arts degree. He then attended the Faculty of Law at Ottawa University and the bar admission course at Osgood Hall. Norman has focused a big part of his profession in real estate, wills and estates, powers of attorney and corporate law and as such has extensive experience with transactions of all sizes and complexity, from basic incorporations to providing legal support to businesses of all sizes, from start-ups to mature corporations.

For several years, Norman was a Federal Prosecutor for the Attorney General of Canada. He has been a Deputy Judge of Small Claims Court for over 30 years and is a member of the Ontario Deputy Judges Association. He was also a judge on the Canada Pension Plan Appeal Tribunal.

Throughout his career, Norman was actively involved in the community. To name a few, Norman was on the Board of Directors of the Laurentian Hospital (now Health Sciences North) for 13 years, including two years as Chairman of the Board. He was a member of the French Language Advisory Committee for the Sudbury Board of Education and a Director of the Cambrian College Foundation. Norman is a former President of Le Club Richelieu de Sudbury and is the founding President of the Richelieu Club de la Vallée. He is also an honorary member of the Knights of Columbus.

Norman is a devoted husband, father and grandfather. Outside of the practice of law, he is most often found at one of the Greater Sudbury arenas enthusiastically cheering on his grandchildren. He also has a great passion for horses and is a former director of two national horse racing associations.